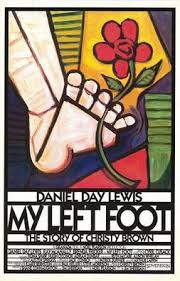 From a distance of more than forty years, I remember finding a well-used paperback on a shelf when I was 12 or 13. It had probably come from one of Toronto’s dusty used book shops (the modern shops are not nearly so dusty as the old ones were!). These have mostly disappeared from streets like Queen and King and Dundas and Bloor. You would walk into one of these overheated shops on a cold, winter day and inevitably there would be an eccentric character wrapped in an ancient scarf and sweater behind the till. You may have been hard up and hard done by but for only a pittance, you could buy some pages of escape.

That paperback was Christy Brown’s autobiography, My Left Foot. In just a page or two, I found myself immersed in a rough and tumble world of Dublin’s working-class men and women. 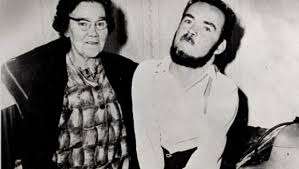 I liked them immediately. The Browns were a family of fifteen. Da was a bricklayer and Ma was the loving life force that held it all together. There were children everywhere in a crowded house and neighbourhood. Everyone knew everyone’s business. Written when Christy was just 22, the book was laugh-out-loud funny at times, crude enough to entertain a middle-schooler, and insightful. Contrary to some critics who somehow found the book unsentimental, I thought the book was dearly sentimental. Thanks to Christy Brown, for his small part in setting me toward a lifelong love of reading. 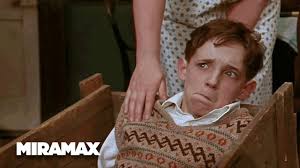 The film is a tour de force with the Brown household and its inhabitants coming to life. Daniel Day-Lewis is a revelation in playing Christy Brown, a young man struggling with cerebral palsy and emerging as a writer and painter. We see Christy as a child, unable to use his arms and right leg and not able to communicate with anyone except his ma. His eyes and ears appear to work perfectly well and he becomes a keen observer of his surroundings and people. On one momentous day, with his left foot and a piece of chalk, he spells out the word ‘mother’. This brings changes that include his father’s new-found respect, inclusion by his siblings in their neighbourhood comings and goings, and some education. 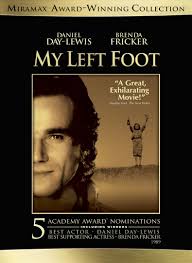 Of course, he falls in love with his oblivious therapist, who should know better, and probably did know better in the real-life version of Christy Brown’s story. The movie ends with the crowning achievements of a celebratory event for his book, My Left Foot, and a first meeting with the delightful nurse, Mary Carr, at the event.

When the film was released in 1989, it was not yet the custom for reviewers and viewers to look up the real-life characters and events on the Internet. 1989 was the year in which a British computer scientist, Tim Berners-Lee, invented the world wide web. But now, watching the film again in 2020, I immediately looked up Christy Brown’s details.

There were hints in the film about Christy’s bad temper and bad behaviour, including his drinking. I discovered the life of Christy Brown was grimmer than portrayed in the happy ending concocted for the film. Georgina Louise Hambleton wrote Christy Brown: The Life That Inspired My Left Foot. She argues that along with the optimism of My Left Foot, Christy’s life was hard. Mary Carr, whom Christy did marry as said in the film, was thought to have been abusive and manipulative toward him. He died at the age of 49 after choking on his lamb chop dinner (remember he didn’t have the use of his arms and would have needed help to eat such a complex meal). Apparently, at the time of his death, he had bruises on his body that looked he had been mistreated.

The sadness of Christy Brown’s later life draws into relief, the vivacity of the film’s portrayal of his strong and determined personality, powers of observation, and love for his mother and family. If you haven’t seen My Left Foot or read the book, a visit with Christy Brown is well worth your time.