Revisiting a Classic Book: George Orwell's Down and Out in Paris and London 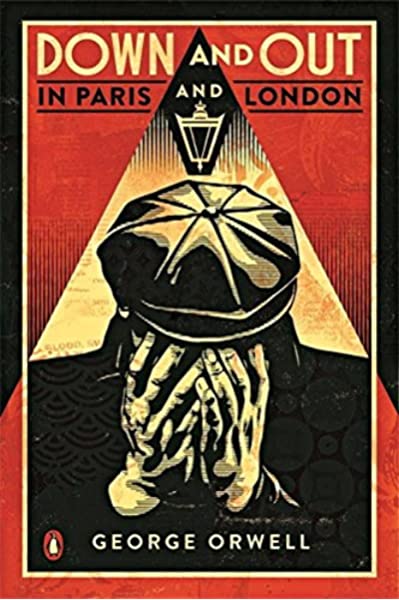 For decades, high schools have required students to read George Orwell’s last novel, 1984. Many of 1984’s expressions (big brother, thought police, newspeak) have become part of the language. Before writing 1984, Orwell (his actual name was Eric Blair - the story of his pen name is fascinating) had recently become famous for his novel Animal Farm, published just a few years earlier in 1945.

Orwell wrote ‘Down and out in Paris and London’ in 1933, years before those more famous novels. Orwell based this novel on time he spent with people who were unemployed, impoverished, hungry, and working in low-paid jobs in hotels and restaurants.
Down and Out shows Orwell beginning to work political ideas into his writing while telling an entertaining story with colourful characters and anecdotes.
The novel evokes the vitality of another English writer, Charles Dickens, and his memorable collections of impoverished characters, but Orwell’s story also has the grim humour of Fyodor Dostoevsky.
The novel contrasts with Ernest Hemingway’s, A Moveable Feast, of roughly the same time, in the 1920s. In A Moveable Feast, Hemingway complains of being short of money. It turns out that Hemingway’s poverty is many steps above that of Orwell’s characters. For Orwell, there are not a lot of words about sitting in cafes or in private rooms with writing pencil and paper in hand. The protagonist of Down and Out does not enjoy a beautiful wife or spend long, leisurely afternoons with famous literary friends. Hemingway offers personal reflection, but Orwell’s vignettes concern people who have little time, energy, or resources for personal reflection.
Orwell’s vivid depictions of characters and situations vary between Paris and London. In Paris, he expresses humour and liveliness. London is a more grim experience. Orwell’s novel begins in Paris with his principal character and Russian friend Boris enduring a series of misfortunes, going hungry, finding work in a hotel, quitting, and then working ridiculous hours in a restaurant.
Eventually, he makes his way back to London for a job. By now, we expect that this will not work out and it doesn’t. When he arrives, there is no job. So, he tramps around until the employers return to London. Along the way, he encounters more memorable characters suffering from various misfortunes.
Orwell’s novel raises one of the artistic problems of the 20th century. Down and Out is written in the first person and it feels like being there. The modern reader savours a glimpse into a world, real and imagined but is aware that what we experience is a literary construction, words on a page. We are not ‘there’. We remember the old chestnut: The better the artist, the grander the illusion.
Although we may be tempted to see autobiography, there appear important gaps between Eric Blair/George Orwell, the young aspiring writer and the protagonist of the novel. Blair may have been able to call on family members and social connections for assistance. He wished to shield his respectable family from this writing by voluntarily using a pen name. However, the protagonist of the novel is an anonymous figure who has limited opportunities to receive help. This, of course, is necessary to the story because the poor, the ill, the dying, the enslaved, the imprisoned are trapped in their suffering and invisibility.
Although his political thought is still developing as a young writer, this culminates in the powerful suggestion that the structures of society that trap the suffering need to change. Even changing how restaurants and hotels are run would ease suffering. Orwell’s power to imagine futures would culminate in the dark fables of Animal Farm and 1984 and foreshadow the 21st-century artistic preoccupation with envisioning alternative possibilities for society.
Some of Orwell’s images stay with me. There are the superficial cleanliness of the Paris hotel dining room and the filth and vermin of the backrooms, the crassness of the clientele, the servility of the waiters, and the human beings who endure long hours of mind-numbing, body-destroying work interspersed by periods of utter idleness and deprivation. Orwell assures us that spitting in the soup is essential and the more expensive the restaurant steak, the more filthy fingers have handled it along the way to the table. Don’t miss Anthony Bourdain’s update on Orwell’s affection for the back rooms of restaurants, in his New Yorker piece ‘Don’t Eat Before Reading This’.