Review of George Soros, In Defense of Open Society

The name of George Soros is once again in the news. Mr. Soros has stirred up a lot of trouble over the years, but he probably doesn’t even know about half the accusations that are being thrown at him. Even President Trump has helped to spread the rumours. Although Mr. Soros has been a relentless self-promoter for more years than most of us have been alive, the current conspiracies are unlikely to have any connection with him.

What is the real George Soros all about? His books give us some clues.

Soros has written many books and in 2019, published In Defense of Open Society. I find Soros and his books to be inspiring and intelligent, shrewd and naive, irritating and fascinating.

George Soros is one of those last remaining larger-than-life characters from the 20th century. He has had an astounding career spanning continents, a World War, and the falling of the Iron Curtain in Europe. He is a billionaire investor and philanthropist. Soros became one of the most famous currency speculators in the world when on September 16, 1992, known as Black Wednesday, he shorted the British pound. Despite the British government’s efforts to shore up the value of the Pound, currency speculators forced the value of the currency to fall. Famously, Soros is said to have made 1 billion dollars that day.

As of February 2018, George Soros had a net worth of 8 billion, having donated more than $32 billion to his Foundation, the Open Society Foundation. In 2013, at 83 years of age Soros became a husband for the third time and married his 42-year-old girlfriend Tamiko Bolton.

Although his wealth and fame draw our attention to him, Soros’ ‘In Defense of Open Society’ is not focused on either earning money or becoming famous. Nor is Soros concerned with defending open societies because this would allow for greater money-making. 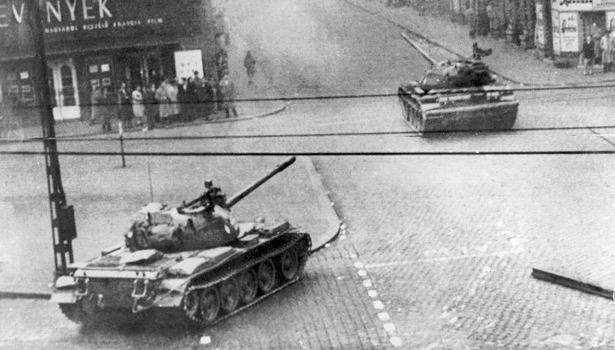 Soros’ roots were in the Hungary of the Communist era. He considers the countries of communist Eastern Europe to be models of closed societies.

In contrast, French philosopher Henri Bergson and Karl Popper, whom Soros studied under in the 1950s at the London School of Economics, developed the idea of ‘open society’. Without digging into these philosophical roots, open society has to do with permitting and encouraging critical thought and free expression. This would be a society free of tribal affinities such as religious, national, or traditional economic formulas.

Soros believes that open society is under threat especially through technology and he focuses on China’s role in this threat. In the second chapter, he discusses the challenges of political philanthropy. Academic freedom is a great concern and so chapter three looks at this subject. In chapter four, Soros addresses some high-level concerns with the banking system. Chapter five is about the European Union. In chapter six, he unpacks his understanding of reflexivity and connects this understanding with his prediction of the financial crisis and how to deal with it. 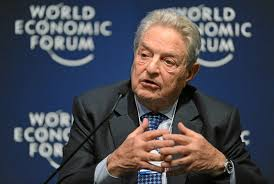 Tellingly, Soros' first chapters consist of remarks delivered at the World Economic Forum in Davos, Switzerland. For many critics, Soros is closely connected with Davos. For them, Davos represents a sort of elitist, jet-setting social class that rules the political and corporate spheres with velvet gloves.

From this start, my mind never left behind questions about the prominence of George Soros. He would be renowned simply based on his social status and wealth. But what about his ideas? Are his ideas valuable in themselves? And there is the thought that Soros and his ideas might be up on the stage because he is a wealthy, well-connected, and powerful person. And perhaps because his ‘progressive’ ideas are representative of the elites that rule the Western world?

Progressive ideology is most helpful when in critique mode and so this book is most helpful when criticizing the intrusiveness of social media, the oppression of China, how the global financial crisis was handled, and the tragedy of the European Union. The chapter on running a philanthropic foundation reveals an elegant, naive, well-funded fiasco. If you are curious about his well-known funding for opposition to closed national borders, it is not spelled out in this book.

I enjoyed spending some time reading this awe-inspiring and uber-connected writer, philanthropist, and finance titan, but was left with some doubts about his motives and political accomplishments.

November 04, 2016
The notion of “donor-centred fundraising” raises alarm bells. It seems to share ideological roots with corporations that proclaim they are ‘customer-centred’.1For example, Amazon.com’s highly-vaunted customer focus has been widely vilified for coming at the expense of other stakeholders, especially employees and suppliers.2 Corporations such as Walmart, Amazon, McDonald’s, and Uber with questionable records on caring for employees, suppliers, the environment, and communities use the language of ‘customer care’. For generations, non-profit sector employees have struggled with reasonable work hours, fair pay, benefits, job security, and opportunities for advancement. Does ‘donor-centred fundraising’ represents yet another assault on the non-profit worker? In a local example, an agency went all out upon the arrival of a $50,000 donation. (I think the donation was a portion of a real estate sales fee). There was a dinner, plaque, and public acclaim for the donor. Meanwhile, the agency did …
Read more

July 07, 2014
'Just completed a classic of American history for young people, Russell Freedman's, Lincoln: A Photobiography (HMH Books for Young Readers, 1989). Back in its day, the book won a coveted Newbery Medal.

For this Canadian, Freedman's book was an excellent and reliable introduction to President Abraham Lincoln's story. Insofar as I remember the general outline of Lincoln's public life, Freedman covers the bases in a dependable manner and includes an amazing series of archival photographs. The cover photo of a clean shaven Lincoln is fascinating. Apparently, Lincoln was the most photographed man of his time.

Perhaps the most striking thing about the book was its tone. Freedman manages to present Lincoln in a way that is appealing and upbeat while not sweeping away the darkness of his time and work or the depression in his personality and family.


Mark Twain lived in an era of self help books and ambitious go-getters. In protest, he wrote Early Rising, As Regards Excursions to the Cliff House, all about the perils and madness of early rising.

The writer of Tom Sawyer and Huck Finn, is of course, an authority on all
aspects of life and work. I wonder though if Mr. Twain too easily surrendered early morning to those hyper-productive worker bees who are annoying at the best of times, but unbearable in the early morning hours?
I used to be one of these. In my younger days, I remember occasionally calling a few wealthy investors with urgent news in the early morning hours. I would ask, "did I wake you?" Without fail, they would say "no" and sometimes, "no, I was looking forward to your call." Back then, the guys with the expensive houses and cars would never admit that they slept.
Mark Twain might have known the secre…
Read more