“Give a man a reputation as an early riser and he can sleep 'til noon.”

Mark Twain lived in an era of self help books and ambitious go-getters. In protest, he wrote Early Rising, As Regards Excursions to the Cliff House, all about the perils and madness of early rising.

The writer of Tom Sawyer and Huck Finn, is of course, an authority on all 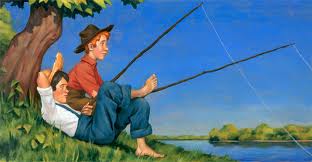 aspects of life and work. I wonder though if Mr. Twain too easily surrendered early morning to those hyper-productive worker bees who are annoying at the best of times, but unbearable in the early morning hours?

I used to be one of these. In my younger days, I remember occasionally calling a few wealthy investors with urgent news in the early morning hours. I would ask, "did I wake you?" Without fail, they would say "no" and sometimes, "no, I was looking forward to your call." Back then, the guys with the expensive houses and cars would never admit that they slept.

Above all, early morning is one of the last refuges of the introvert in a noisy, crowded world.

So, please sleep in. Those of us who are early risers need some peace and quiet.

Like Mark Twain, I am not a fan of complicated self-help 'technologies'. If you join me in getting up early, don't annoy late risers by talking a lot about it. Just set your wake time (calling it an alarm is too alarming) at 5 or 6. Just do it. Let's do it quietly.